Community Grants are valued by many of Hervey Bay's community Groups and organisations.

VMR Hervey Bay is just one of the many organisations we are proud to help. 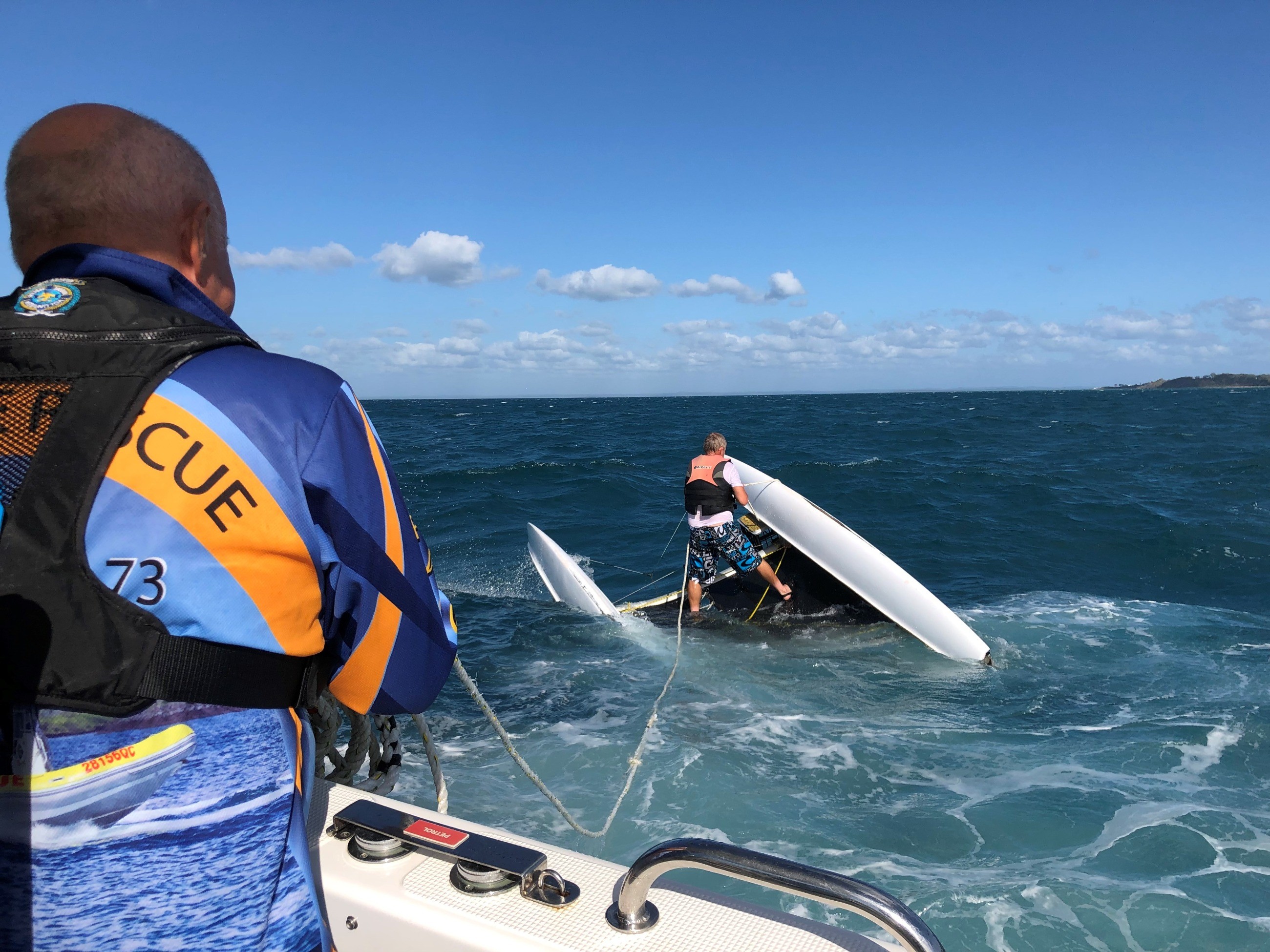 WHEN most people hear about Marine Rescue Hervey Bay (MRHB), they imagine a rescue vessel heading out on the water to assist the region’s boating community.

What most don’t see, is the volunteers of the not-for-profit organisation working behind the scenes in the radio room 365 days a year, those in administration, those doing the fundraising, and the skippers and crew who are faced with everything from simple activations to life and death scenarios.

The volunteer crews were called out over 300 times last year alone.

Rescue Skipper Graeme Davies said without all these people the boats are irrelevant.

“We like to promote the notion that the boats are just a hole in the water unless you have the people to crew them, people in admin, people raising funds to keep them going and all of the radio team,” he said.

The Hervey Bay RSL recognised many years ago that the professional rescue service was invaluable to the Fraser Coast and supports the cause by donating $1500 a month from the Hervey Bay RSL Community Grants Program.

A further $3000 was donated last financial year to replace outdated computers which are vital for the service’s online training programs or our members.

The funds help cover the costs of maintenance on the boats ‘Hyne Timber Rescue’, ‘Rescue III’ and ‘Rescue IV’ and the cost of fuel, which for activations and training was about $48,000 in 2019.

The expense of maintaining these vessels and crews to the high standard they expect was in excess of $70,000 for 2019.

MRHB Commodore John Smith said the community and MRHB would be at a loss without the RSL’s support.

“Without the RSL pouring fuel into the boat, it’s not going anywhere,” John said.

“The club’s funding is vital to our ongoing operation.”

Graeme said the crews spend a massive amount of time undertaking on-water training, with the team extending to include the Radio Operators providing an overwatch back at base; all of which is an expensive but essential part of the service’s operations.

He said training is vital for qualified crew to maintain and update skills, and for new recruits to be armed with the skills and knowledge they need day-to-day or in an emergency.

This becomes especially important with MRHB often called on to assist local water police and the Queensland Ambulance Service (QAS).

“We are typically out training every Saturday and Sunday, and we also have a monthly crew continuation training day employing a structured training program … this month will be a search and rescue training exercise,” he said.

“It’s all about maintaining skill sets to a high level. Typically, an activation will go smoothly but sometimes they don’t.

“You can go out there and the weather turns nasty, or it can be that when people call up seeking assistance, they might overembellish the situation or they might even under embellish their predicament.

“There was one call where a little girl was picked up from Gary’s (Anchorage) and was reported as being seasick, but it turned out she was an undiagnosed diabetic in a very serious state.

“On the way back to the harbour the girl’s condition worsened and our First Responder on board, who has a bit more first aid training, and the crew were faced with an extremely challenging situation. Thankfully it ended well.

“You can get there and discover that you might have a life and death situation, and that’s why we want to have those skills … so our people can handle the situation if they’re faced with scenarios like this.”

Graeme said a major aspect to successfully funding MRHB is for those boaties in the community to take up an annual membership.

For just $90 a year, boaties receive on-water assistance twice a year (free up to a certain value) if they break down or get in trouble.

Marine Rescue Hervey Bay will always respond to boaties requiring assistance whether they are members or not, but due to the expenses involved, non-members pay to help cover the costs of the capability.

“Membership gives you two rescues a year, and if you need three rescues in the year then maybe boating shouldn’t be your thing,” Graeme said with a laugh.

“By joining MRHB you have RACQ on the water.

“You might have the world’s best boat and the best kept engine, but anything can happen and we’re the fall-back option.”

Graeme and John encourage all boaties, whether members or not, to log-on with Marine Rescue Hervey Bay either by radio (VHF Channel 73) or by phone (07 4128 9666) before you head out on the water.

“When you log-on, you nominate a time you plan to be back and if you don’t come back, efforts start being made to find out where you are.

“It’s also vital that you have a radio and its working … if you don’t log on or your radio doesn’t work then we don’t know if you are in trouble or where you are.”

MRHB recommend not relying on mobile phones when out on the water as coverage is not reliable once you head out into the bay.

This radio monitoring is a free service that could save your life. T

he MRHB Radio Operators are the first point of call for boaties in need of assistance or for QAS or the Queensland Police Service in emergency situations.

They are on base monitoring the radios over 12 hours every day, 365 days per year, with a Radio Operator on call for any after-hours assistance.

The organisation has come a long way since starting in 1972, when a group of like-minded people used their own vessels as rescue boats.

Turn the clock forward 48 years and the team are about to take possession of a brand new $1.4 million purpose-built rescue vessel.

The 12-metre vessel has been five years in the planning with a huge amount of research being undertaken by a special team and is the only one of its kind in Queensland, and possibly Australia.

The team have done a serious amount of fundraising during that time to help pay for the boat, as well as various government grants and an incredibly generous donation of $400,000 by Hand Heart Pocket the Charity of the Freemasons Queensland.

While the vessels have done their job well, they were never built for the sole purpose of being rescue boats built solely for that purpose.

Rescue I, currently being built at Allweld Manufacturing in Maryborough, is a bigger vessel that will allow the organisation to expand their response, search and medical evacuation capacity, and result in a safer and more comfortable ride for volunteers and people in need of assistance.

“It’s purpose-built for us; not a recreational boat that has been modified to be a rescue vessel.

“It will be much better in rough conditions; it can carry two stretchers on board – which will be great for medical evacuations from Fraser Island in support of QAS – and it has a bow gangway so we can walk people onto the vessel from a beach landing when the conditions are favourable.”

The members of Volunteer Marine Rescue Hervey Bay are always on the lookout for new volunteers, especially younger adults, who would benefit from being trained to a national standard.